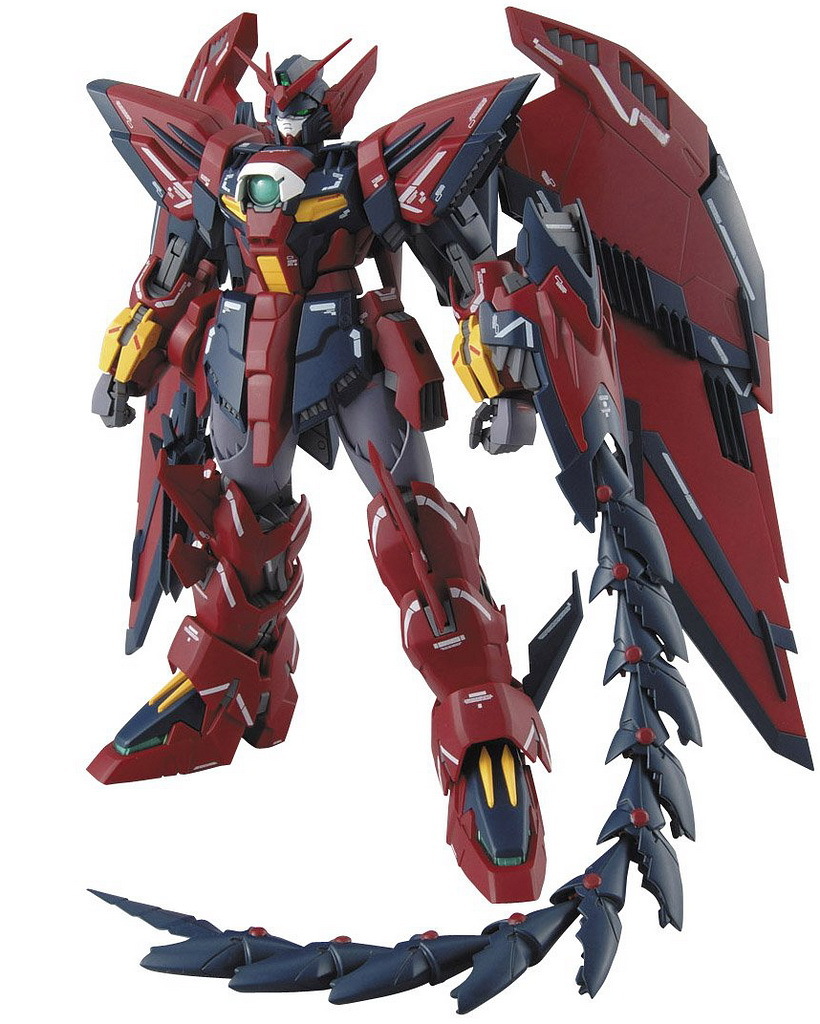 I believe what we are seeing here is the final production-ready painted model of the MG Epyon. Well, we saw it before at the Shizuoka Hobby Show but this is our first time being able to see every detailed bits and bobs in full view and color. Just because it’s not the TV version with some minor cosmetic changes, how is it not Epyon? This Epyon looks every bit like Epyon. You know it is Epyon and you can recognize it as Epyon. The Name is Epyon!

Looking at the white markings all over the body gave me Sinanju vibes. Applying them wouldn’t be so bad if they were clear stickers (their quality has improved a lot over the years) but I got this funny feeling that they are probably rub-on decals… it will be hell especially on the legs. Will you be able to keep all 16 stripes symmetrical or without messing up? Or give in to the waterslides again >_>

Even if that is the case, Epyon’s sword certainly has more character and flair than the smooth pink Raiser Sword. I’ve just compared the HG 1/100 Epyon’s beam sword to the generic MG beam toothpick (sorry… forgot the pics) and found that Epyon’s length is only negligibly longer than it so I guess we can expect the same case here. Its width and style is what makes it awesome.

Ugh… once again, I am sorely tempted to make another “exception” and build this on the day it arrives at my door (it will be summer break after all) but I must persist! Must persist! 我慢できる！

Hell, might as well insert this here too. Gundam Epyon’s debut episode!