GFF#0037 PF-78-1 Perfect Gundam- A geared up RX-78-2 with a few cannons strapped on. I don’t know its backstory or anything about this design but I guess this would make the RX-78-2 “Perfect” back in the OYW but it sure as heck doesn’t look very mobile nor energy consumption friendly.

Out of the Box 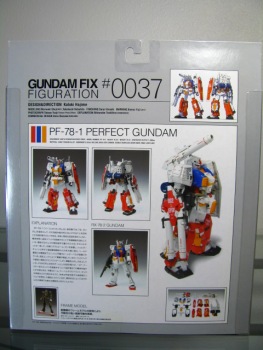 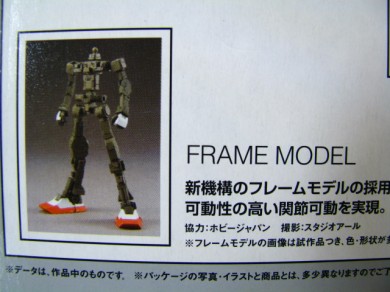 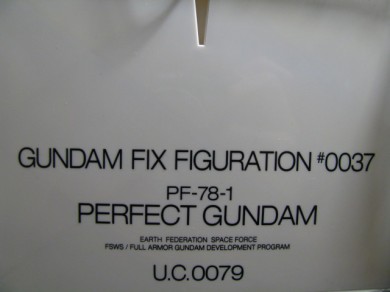 Like with its “sister”(?) Gundam, the Full Armor Gundam, this GFF comes with all the basic stuff and nothing unnecessary that would be wasted at the end (except the beam sabers). Just the armor parts and the usual pairs of hands for holding weapons. At first sight, one probably can’t spot any difference between this and the Full Armor  Gundam’s design but closer examination shows some slight variations. 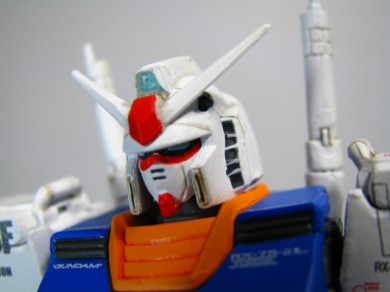 This is the exact same RX-78-2 from the FA Gundam and I felt like I wasted time and image space from taking pictures of it when I can reuse the ones from the other GFF >_<. Anyway… this GFF incorporates the new Frame Model which is basically an inner skeleton similar to that found in MG models and allows for better articulation than the past GFFs. 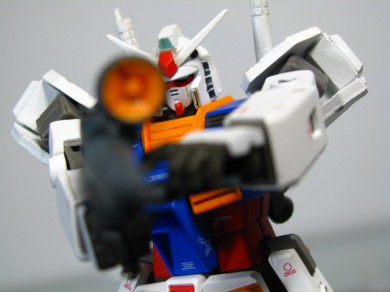 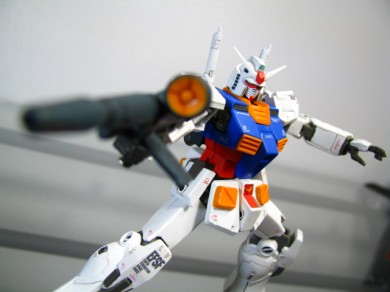 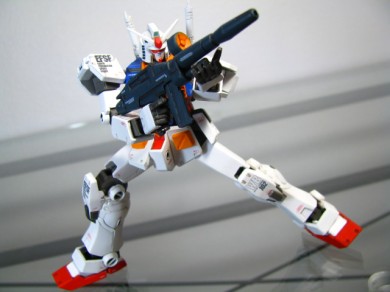 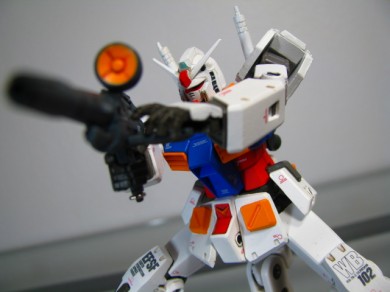 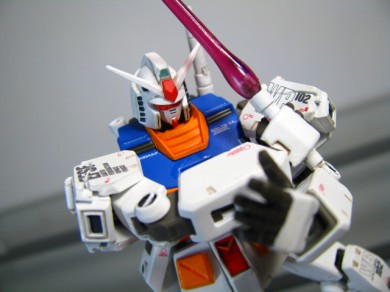 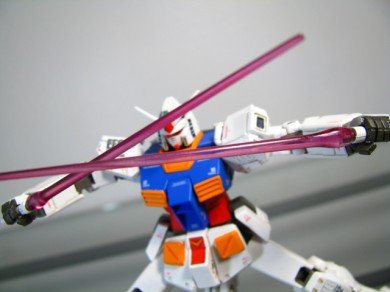 In concept, the Frame Model might sound like the best thing ever for a GFF but in reality… it’s very flawed. The frame is very weak and since there’s less solid single parts, there are bigger risks of having fitment issues like the hands falling off or loose joints. The shoulder armor is unsupported so the part just flops around which is very annoying when trying to pose the GFF. The Frame Model might allow for some more decent action poses but it’s nothing great. 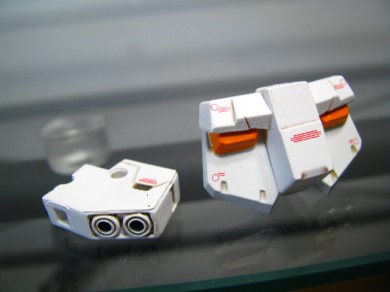 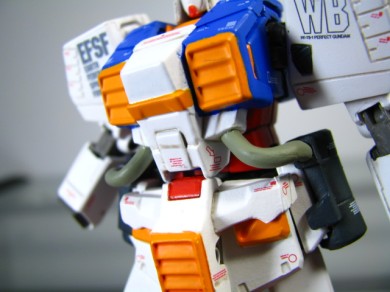 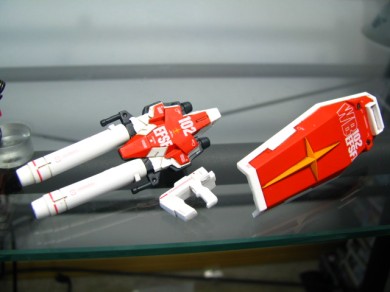 The process was exactly like the FA Gundam- Snap on and go, no tricky bits. There are slight differences due to design variation but the general process is exactly the same. My only quirk is the left leg armor doesn’t fit very well and leave a tiny seam line. The power cable around the waist is actually hard plastic so I didn’t have to worry about it popping off and it doesn’t limit mobility because the waist can’t turn anyway. 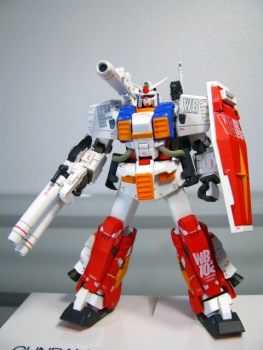 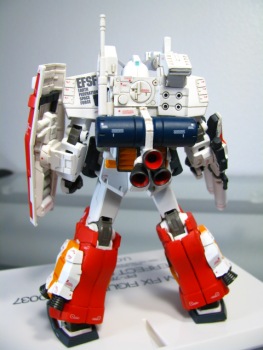 I must say… being a fan of bulky armored mechs, this Gundam gives off a “powerful” presence. The bulky Perfect Gundam looks more like something out of Power Rangers than from Gundam. One can question the functionality of the armor’s design but I could care less; it’s all about how great it looks! Sadly… the loose shoulders stayed and ruined it a bit. 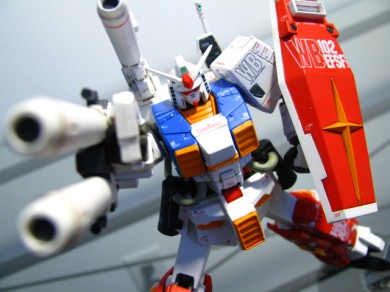 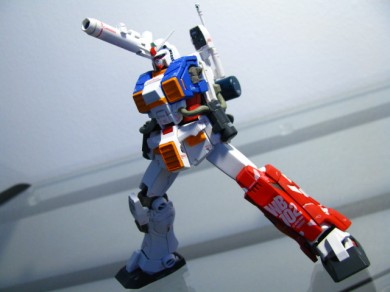 The first thing I noticed was that the right arm is not strong enough to hold up its double barreled cannon and the whole figure is not as easy to pose as I thought; it’s not very nimble. Still, I managed to pull some poses it can hold itself in. The Gundam lost balance during one of the poses and crashed onto the floor and the armor bits exploded everywhere (it was a cool scene). Luckily, nothing broke.

Loose quirks aside, this is a solid GFF overall and looks quite unique so it’s not “another RX-78-2”. The Frame Model structure is a great idea and need improvements but it’s a lot better than nothing and I hope Bandai will keep using it for the rest of its GFF line-up.