As the name suggests, this is one of few limited edition Gundam models that you can pick up as proof that you have visited the Temple of Gunpla known as Gundam Front Tokyo… or someone else went and picked it up for you. This model was a welcome present from a comrade in Japan. I actually built this model way back in Japan during winter break of 12-13 and remains the only Gundam model I’ve built there to this day. The regular version of this model is the RX-78-2 Gundam Ver. 30th Anniversary – same thing minus the sticker hell and base. 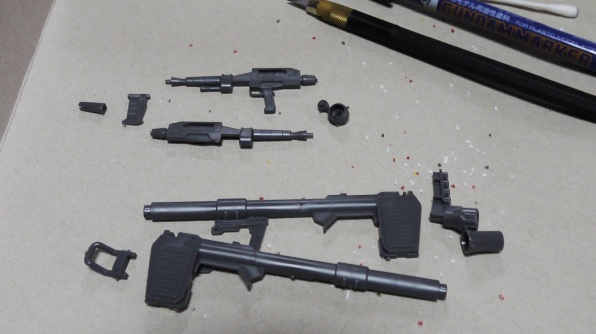 Heh… Since it’s been so long, I actually don’t remember clearly about the building process ^^;. Given that it’s an HG, it was rather simple at least. The color separation has certainly improved over past HG kits that I’ve seen. An example is how little details like the yellow parts on the body and skirts are separate. There is very little necessity to paint. Bonus points to the kit for including a Gundam Hammer… with a metal chain!

Some old shots when it was freshly built and topcoated, staring out to the horizon from my dorm room. 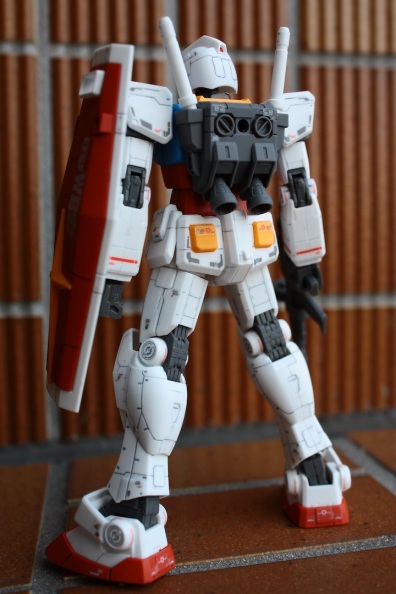 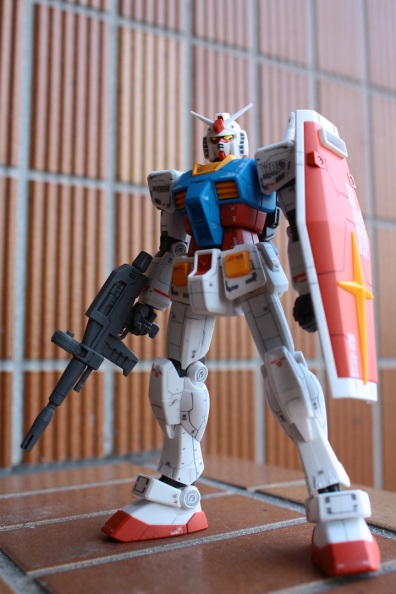 Looks just like the statue! A Gundam model based on a Gundam statue that is based on the Gundam that the model’s design is based on… or something to that effect.

I am guessing you probably want to see comparison shots with the RG RX-78-2 Gundam as well… which also looks like it is based on the statue. 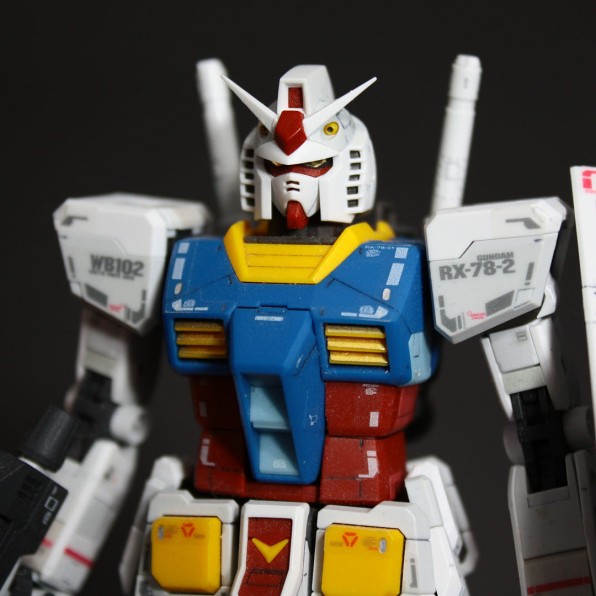 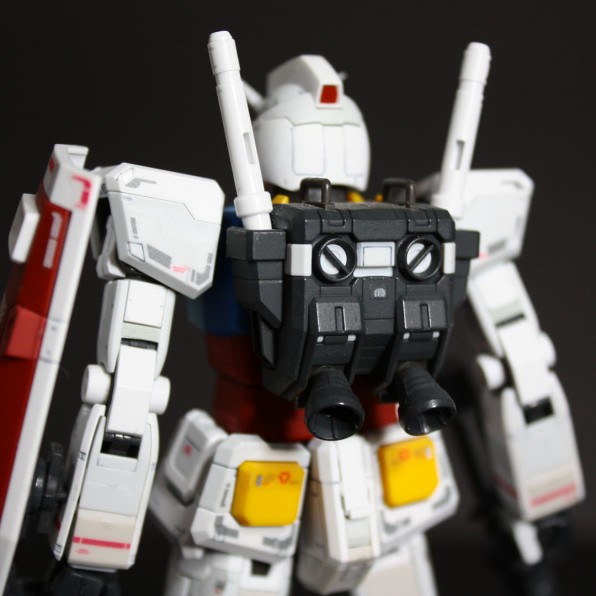 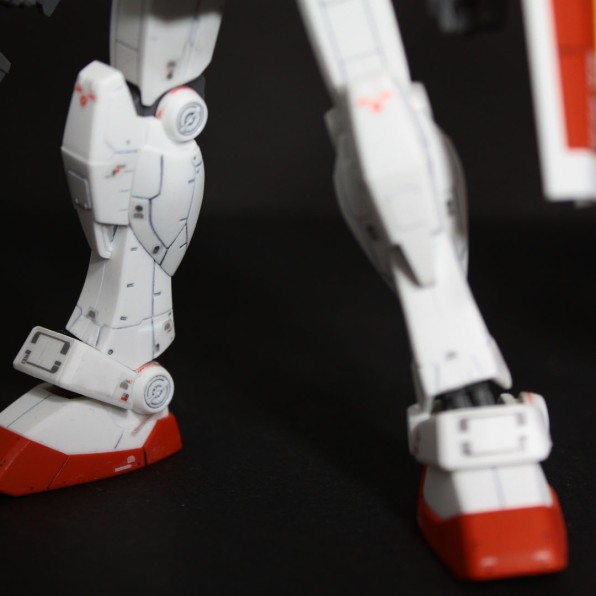 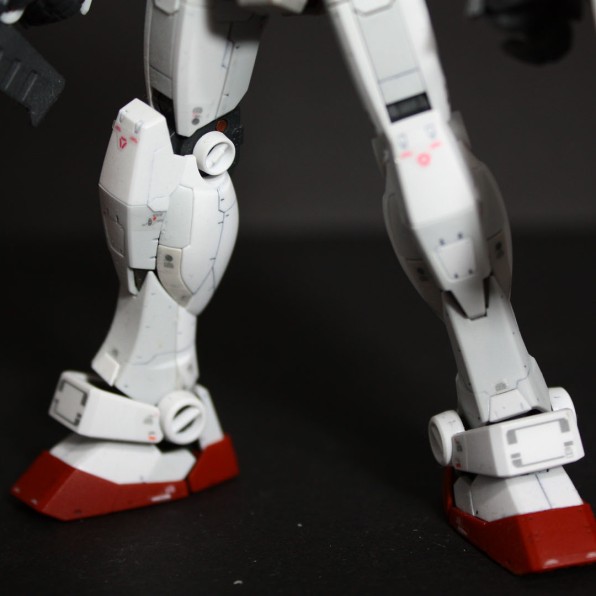 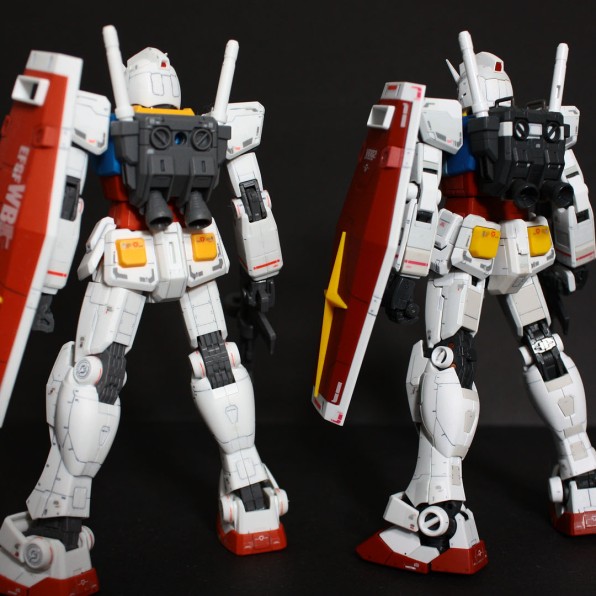 You might be excused for not being able to tell which is which immediately in photos as the details are very similar. Upon closer inspection though, you can see that the RG has even more details. 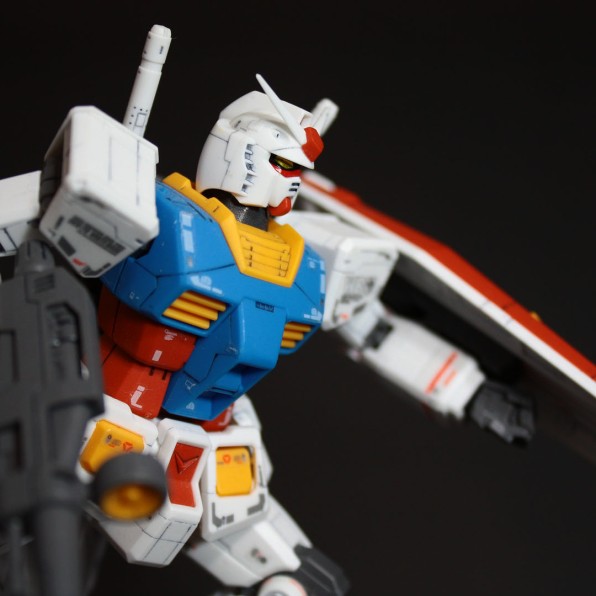 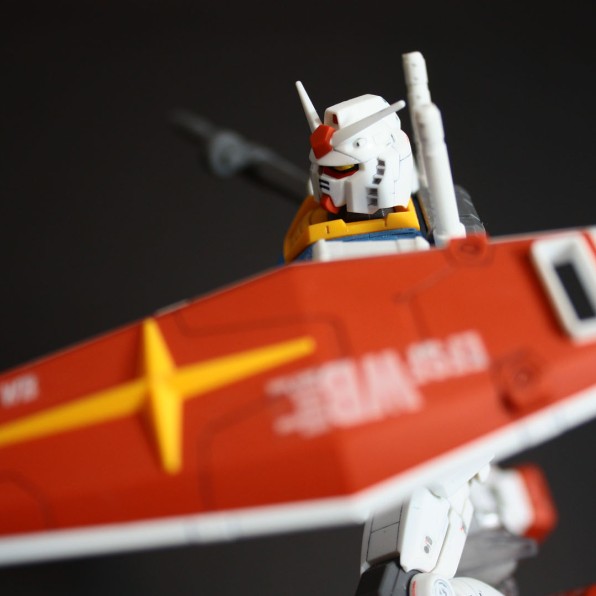 Articulation is very good! The arms can swivel in all sorts of unnatural ways without being hindered by anything.

The only issues are the hips. The skirts are held on by simple ball pegs so any exaggerated bending will pop those pieces off. 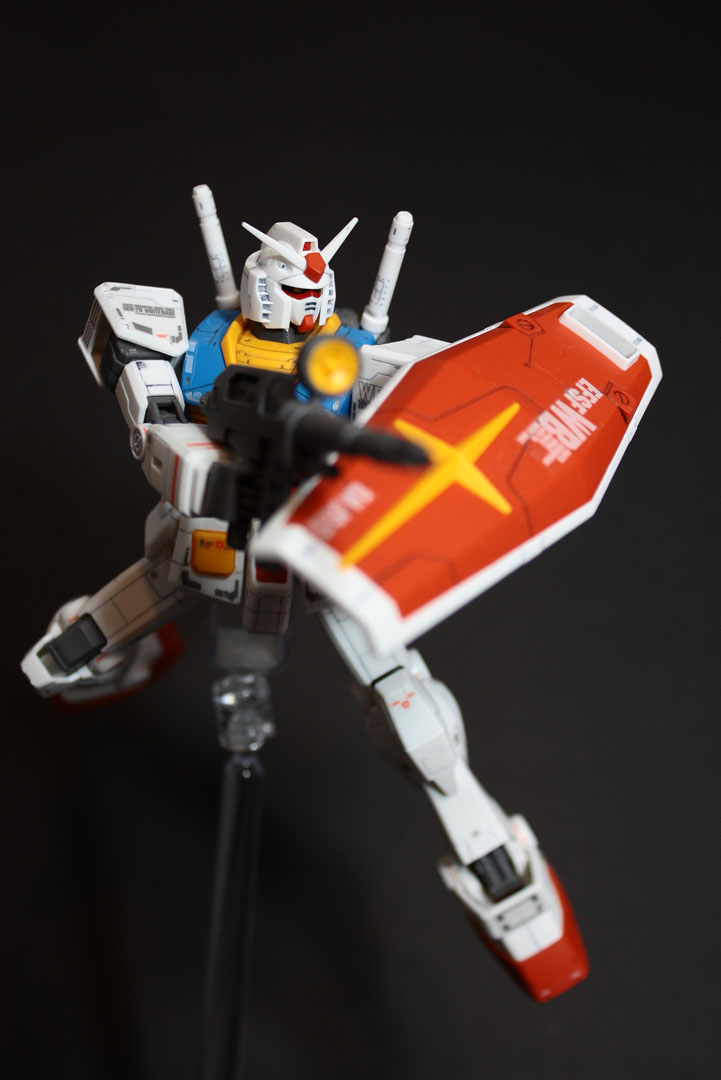 The joints are simple enough to make it sturdy yet still gives it plenty of range for a variety of poses.

To this day… I still don’t know what is so Hyper about this bazooka. 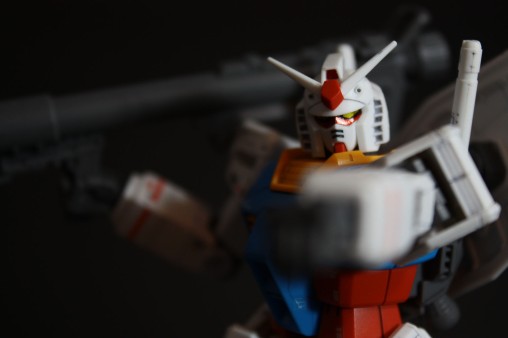 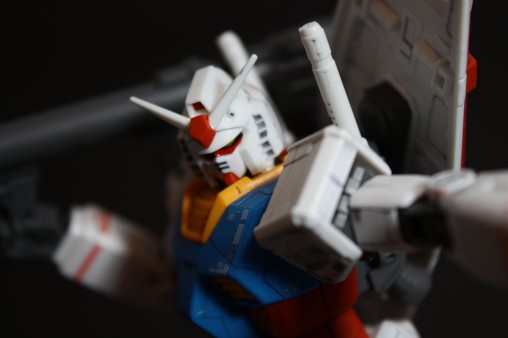 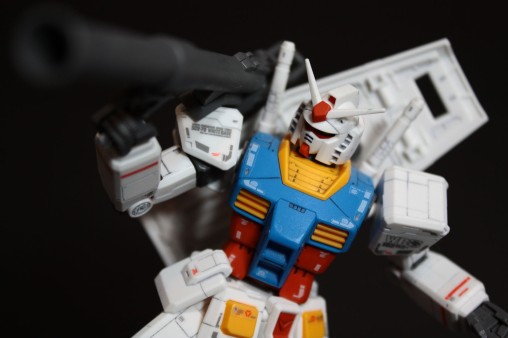 At some point between 2012 and now, part of the handle broke. I don’t know how. 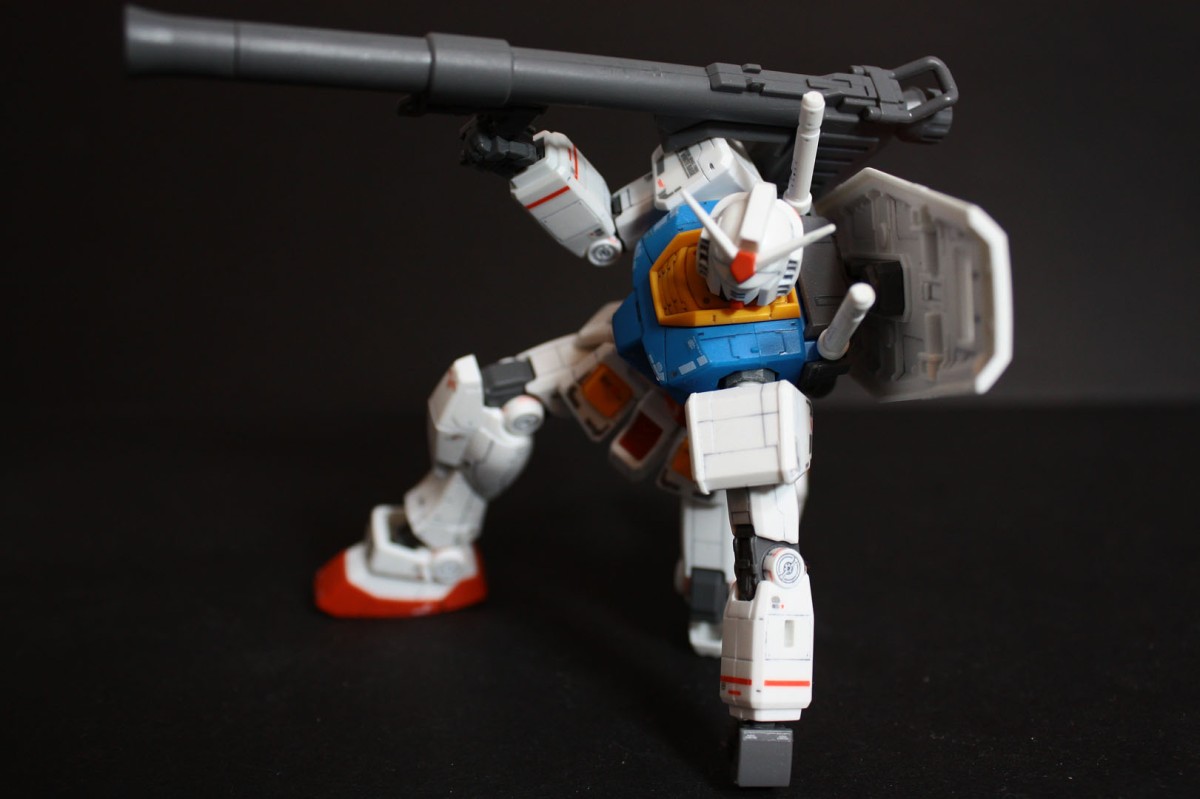 “SUPER HERO LANDING! You know, that’s really hard on your knees. Totally impractical. They all do it.” Especially while holding a bazooka.

Earlier I was talking about how awesome the color separation is and how well detailed the kit is and all… then I see that they still give you the nasty white plastic toothpick of a beam saber. I thought those days were over but guess not. Lucky for me, I had plenty of spare 1/44 beam sabers lying around so one is bound to fit. This particular one is from the Jegan. EVEN A JEGAN has an actual beam saber! 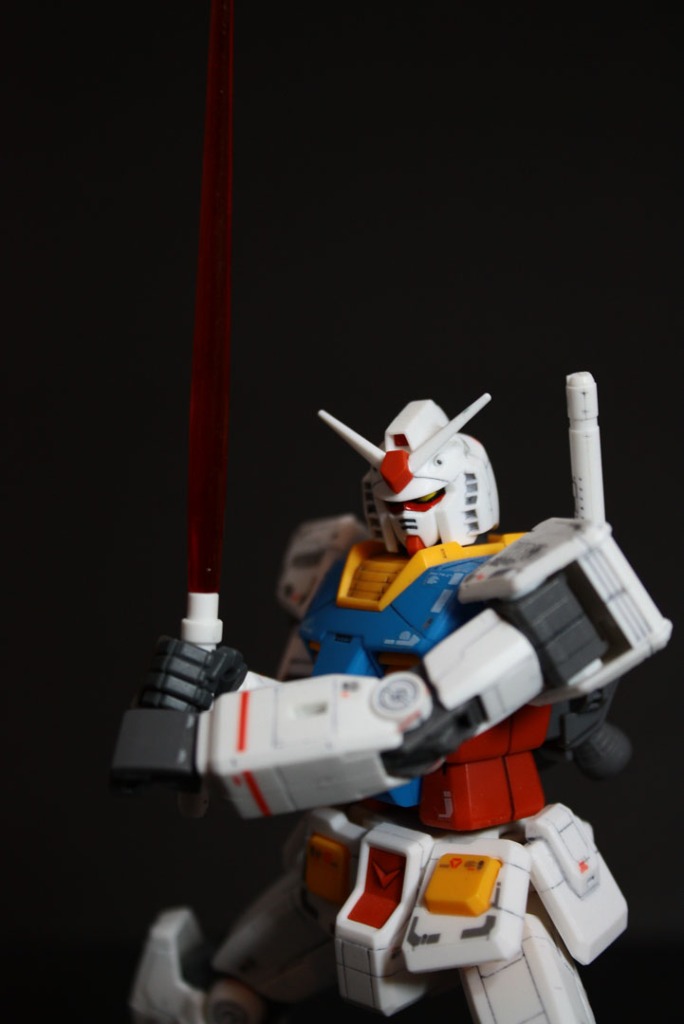 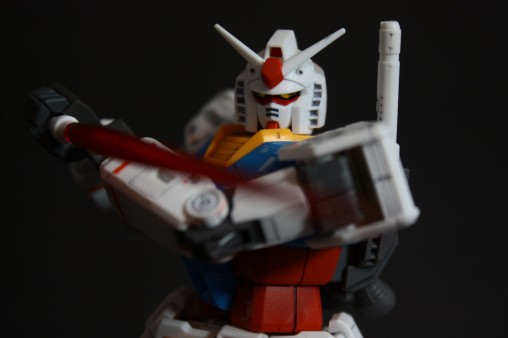 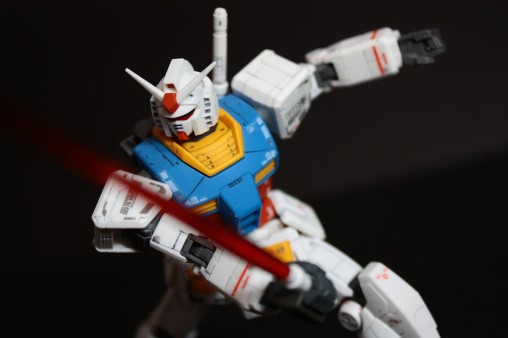 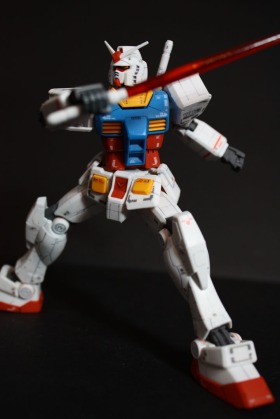 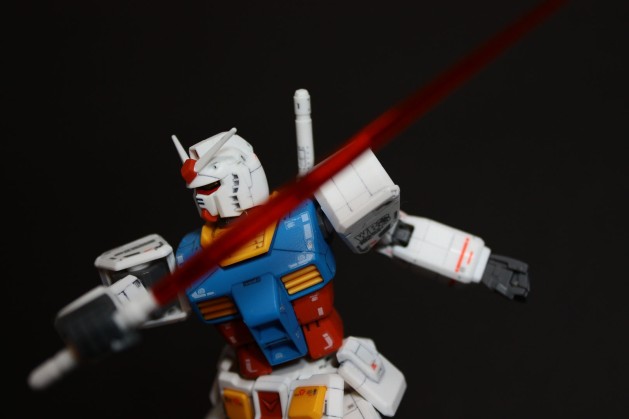 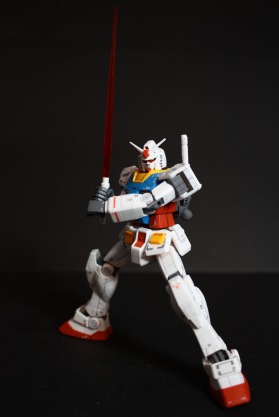 At one point between 2012 and now, I also noticed that I lost its beam saber hand… so I borrowed one from, again, the Jegan.

For those times that you’ve had enough and want to wreck someone’s $#!T. 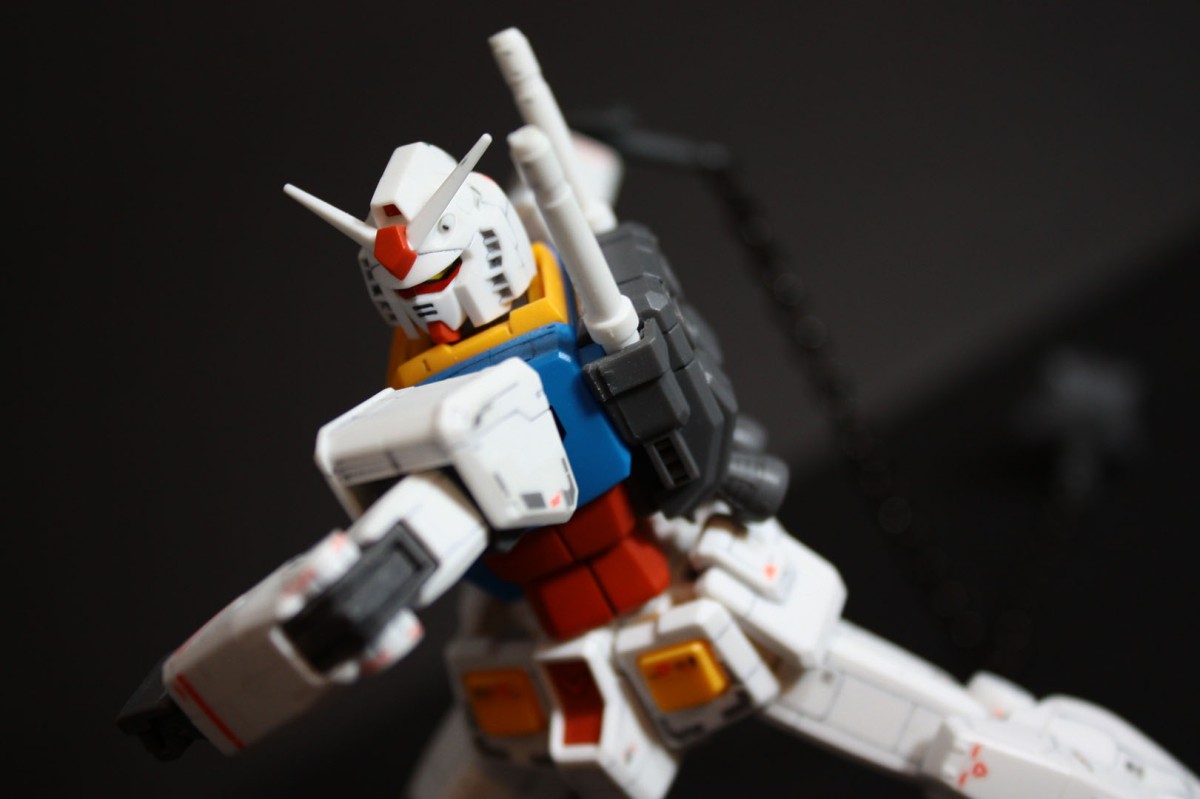 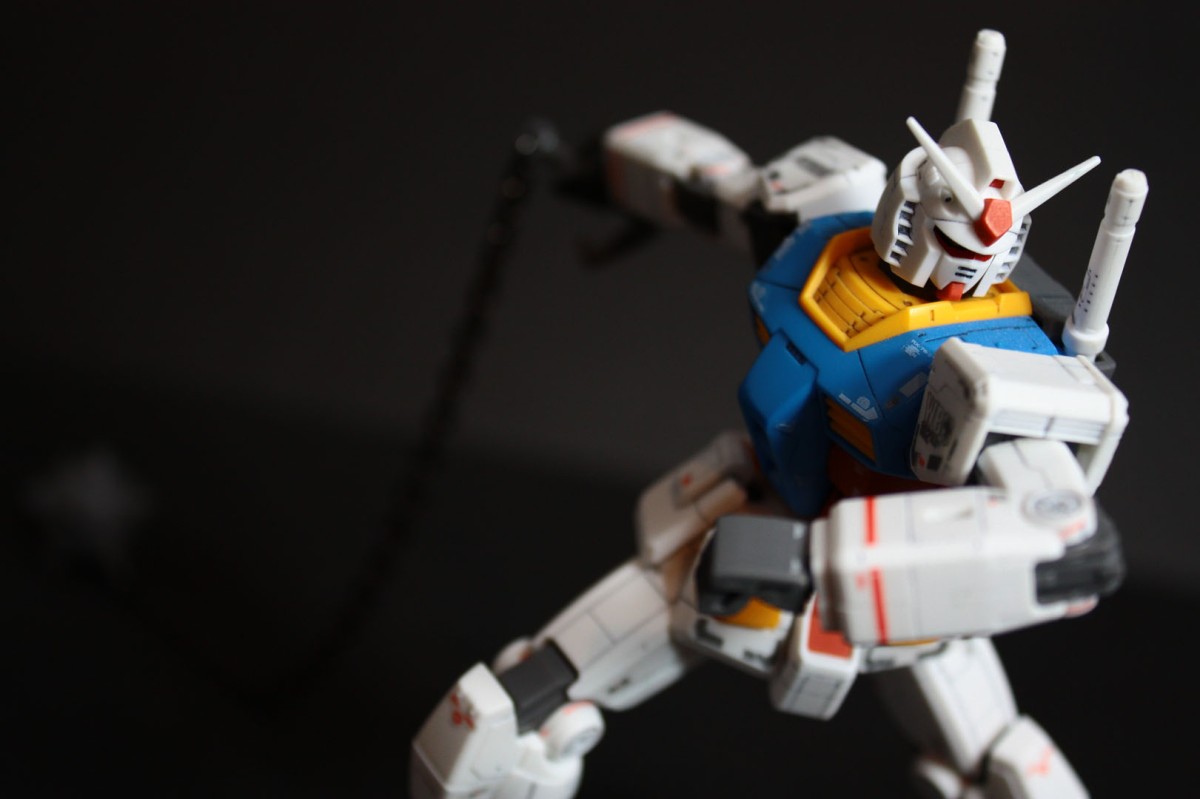 Anyone remember Gundam Scad Hammer for the Wii? I never got to play it but it looked so much fun!

Honestly, the cons are just nitpicks. This is a really good kit that covers all the grounds for a HG. The only problem is actually acquiring it. So if you are not in Japan then you might as well get the regular RG RX-78-2, seeing as how the markings are almost identical anyway. The two things this HG model have that the RG version doesn’t are the GFT display base and the Gundam Hammer so it’s not quite as easy as the usual “get the better grade one!”. Overall, awesome kit that can stand up for itself. 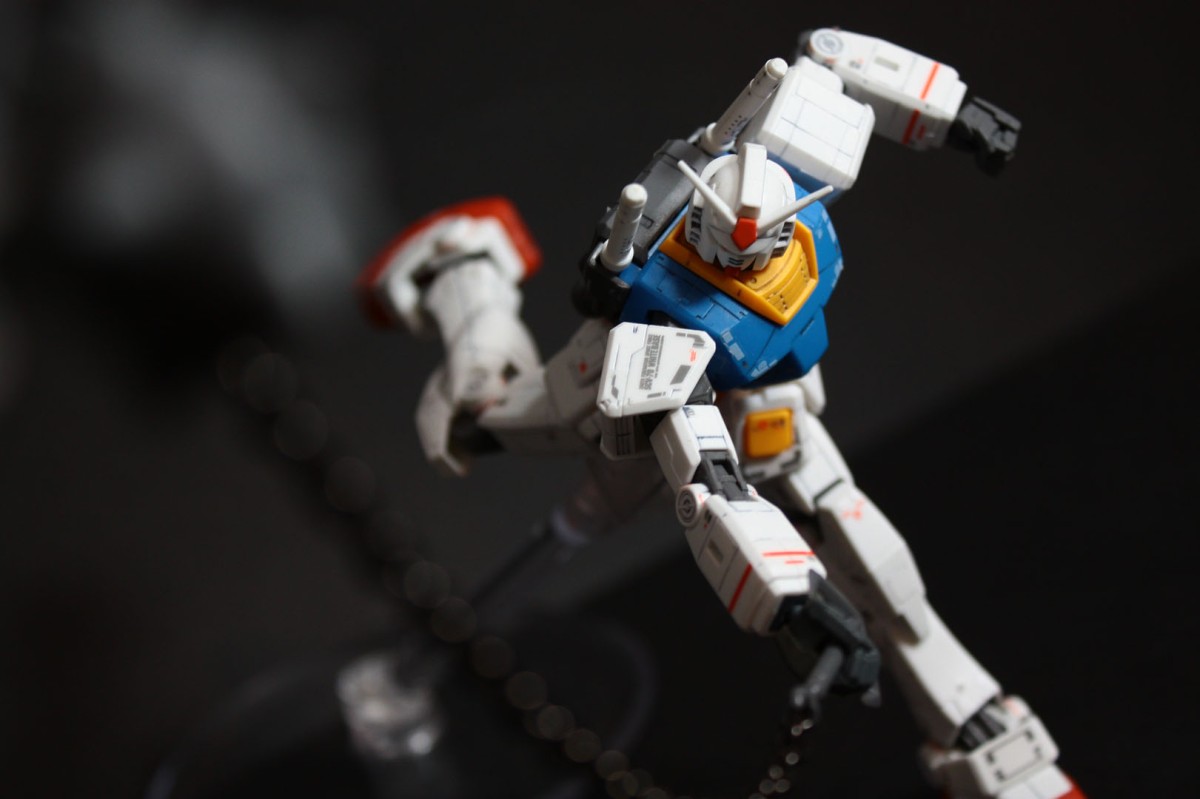