Ah… Kamen Rider Kuuga’s Ultimate Form is literally that… Kuuga’s very last and most powerful form in the series. Sadly, it only had about two minutes worth of screen time u_u. The design was easily my favorite way before I even watched the series so I just had to pick up its SHF. The black and gold color scheme… the evil look… “Ultimate” in its name… everything is made of win! Unlike the final forms of certain Riders in other series, this form of Kuuga does not look silly at all (lolDecade). Very badass… very demonic… very cool

Yea… so like… it took me two months to review this figure since at the time I started this review, I haven’t finished watching Kuuga yet so I had no idea how to pose it. Even after watching the series, I still don’t… >_>

HOLY NUMBER OF HANDS, BATMAN! Yea.. that’s more hands than I know what to do with. This is quite a contrast to the SHF Agito where the poor guy doesn’t even have enough hands…

As expected of a SHF, the sculpt is nice and muscular and all the little details are abundant and well painted. Gotta love the gold trim throughout his body! d^_^ 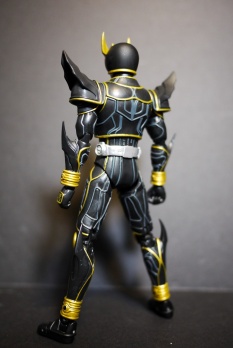 At first, the figure’s joints were VERY TIGHT such that I have to deliberately loosen the joints in order to really be able to pose it.

Closer look at the details. Look at the fine details on the amadam belt! I also like the matte black they used too; the paint makes the figure look more like art than a toy figure but it function as either ^^.

Kuuga is suprisingly tall as well…

And here is the hard part… posing the figure! 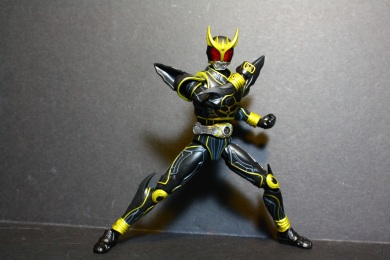 Well… the actual posing is VERY easy but coming up with poses is the difficult part since there is no material for me to work with ^^;. Diecast feet allows it to stand very confidently. Articulation is as good as it gets but feels sorta weird at first in the direction that it moves in… not sure how to describe it but seems a bit unnatural. However, nothing is really hindered. so 大丈夫！d^_^ 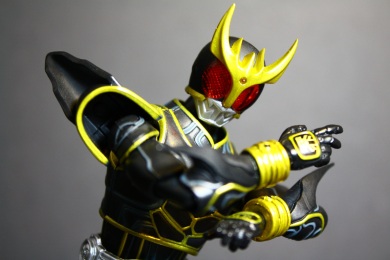 Like I said before, it has more hands than I know what to do with… ^^; 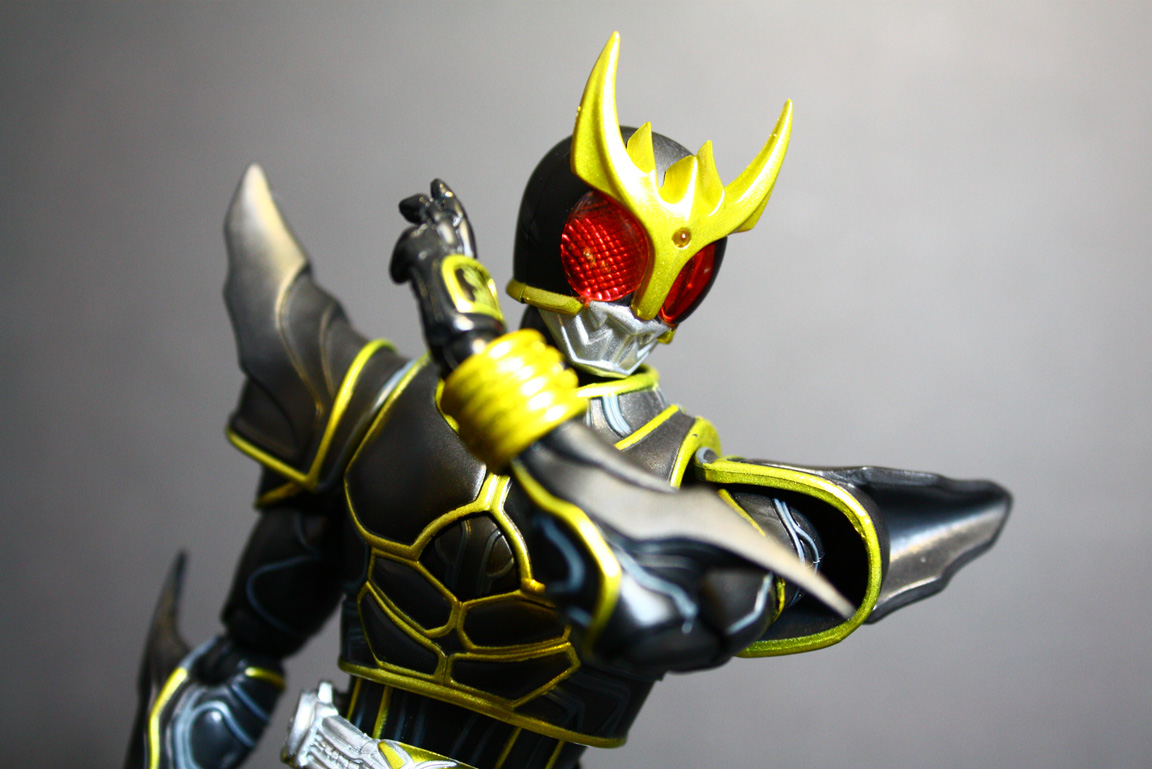 Those compound eyes look so cool! 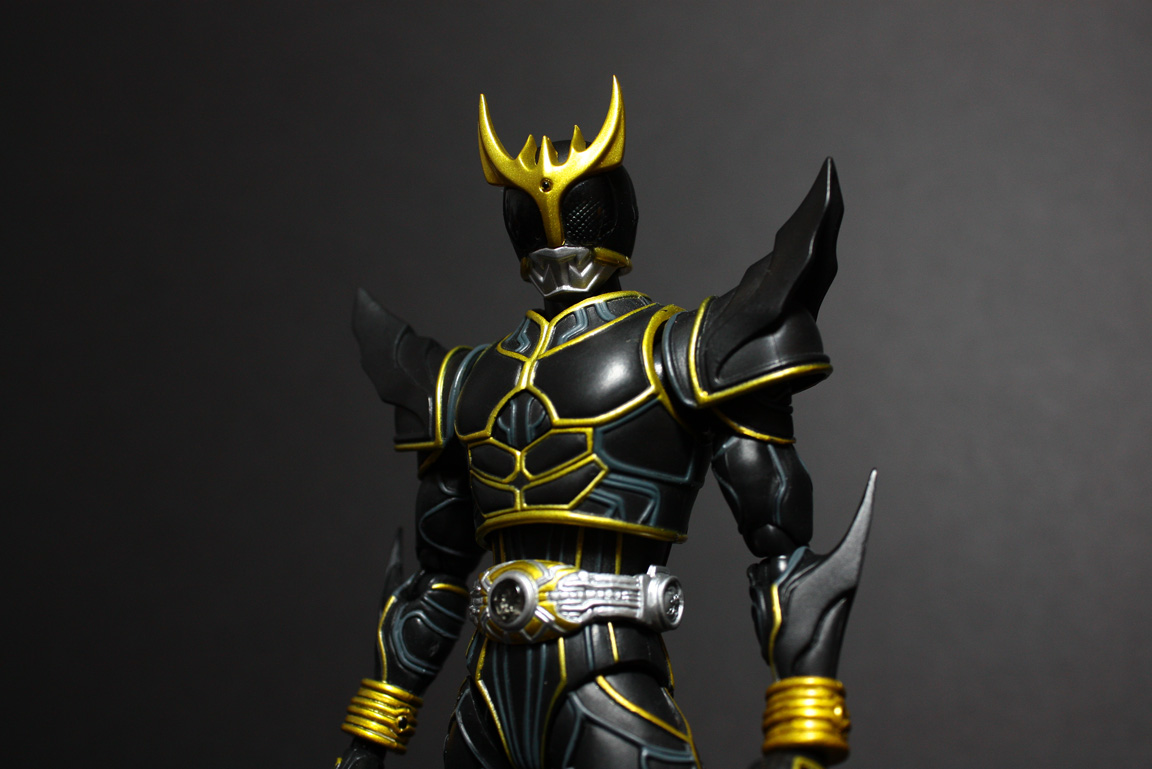 It sure is dark… Behold! The true evil/hatred-possessed form of Kuuga that was never shown in the series since Godai is the embodiment of all that is good, his willpower suppressed the demonic energy and kept his senses. 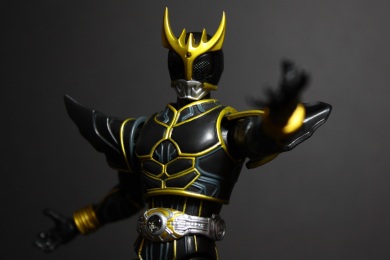 Even with the black eyes, you can still see the details inside ^^. Some will probably thinks he looks more blind than evil though.. which is kinda true; Kuuga is blinded by Hatred in this form ^^;. but 大丈夫！d^_^ 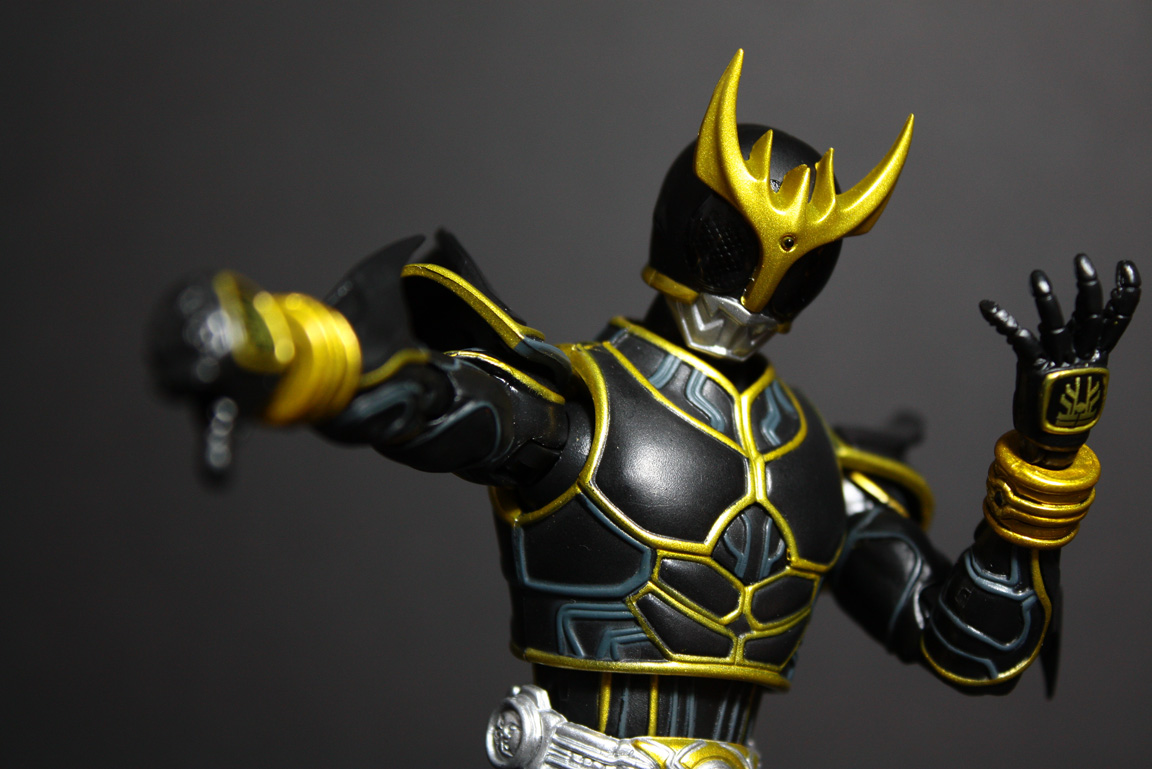 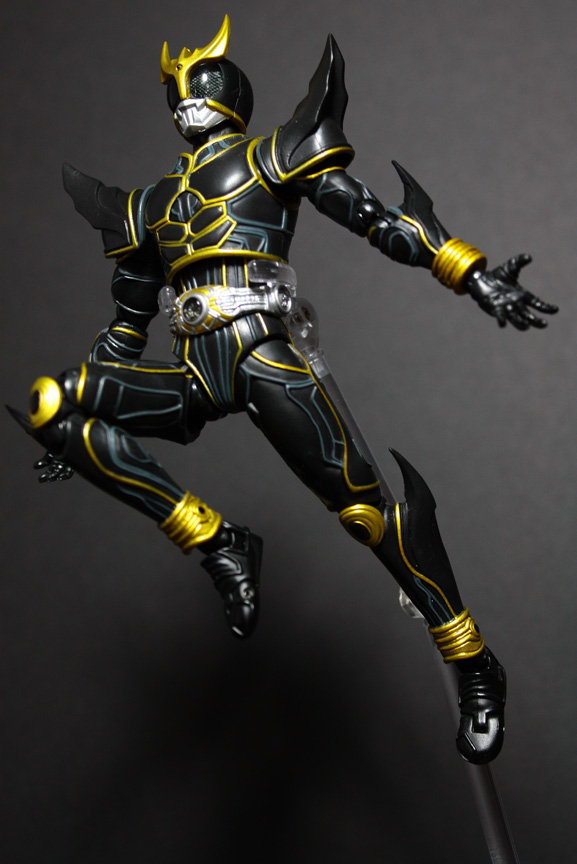 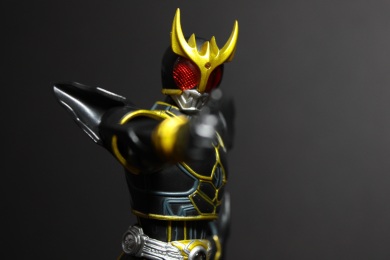 See! Everything ALL RIGHT! d^_^

What can I say? This is an excellent figure in and of itself. The sculpture and details are top notch. Sure, there aren’t any weapons but that is sorta compensated with the largest array of hands ever to be included with a figure ^^;. There’s not much for me to nitpick on except maybe I got the pelvis joints a bit loose over time but even that didn’t have much negative effect. The biggest obstacle is being able to find one with a reasonable price as Figuarts tend to take awhile to restock and disappear almost immediately afterward. 大丈夫！I’m sure you’ll be able to find one! d^_^ きっと大丈夫！