Confession: Despite having mostly Gundam stuff, I love Genesic GaoGaiGar more than any Gundam… heck, just GaoGai(Fai)Gar in general. There’s just this incredibly menacing look to it and it has a rather badass name that strikes intimidation upon hearing it. GENESIC!

King of Braves GaoGaiGar is actually my most favorite mecha series and quite frankly, I rather believe in courage, love, hotblood, and passionate screaming>>>>>>>everything than angst, sorrow and depression>>>>everything. Hey, I’m more of a Super Robot person than RR.

I remembered I pre-ordered this figure when it was first announced… only to have to wait about half a year for it to be released thanks to it being delayed multiple times. I was ohhhhh so happy to finally see it in the mail!

You would think the main intention of the provided white gloves was so that you won’t leave fingerprints on the figure but after handling the figure, I would say it’s more for your own protection from all the sharp points >_> 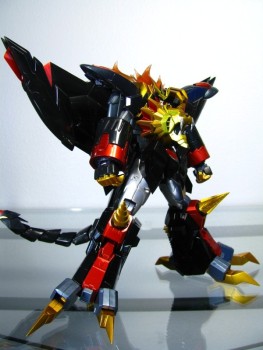 Okay… although this figure is only about 7 inches, it weighs probably over 2-3 pounds. Very heavy and very hard to handle. Most of the weight comes from the die-cast metal construction. 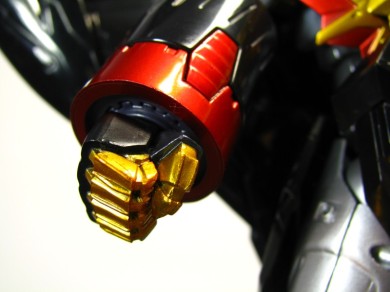 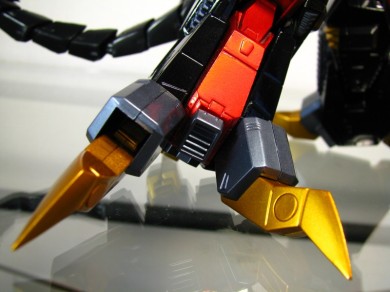 Besides looking sharp, GaoGaiGar is also quite literally sharp. It’s not too hard to pierce yourself as there are plenty of sharp edges ^^;. The FINAL Ver. comes with the above three hands you see above and that is the only difference between it and the original Genesic GGG.

The wings took some time to manipulate it to open but it looks that much more awesome. I especially love the design on the back; the wings look like it has ancient eyes.

I remember how the Broken Magnum really was a broken attack in SRW@3… it can casually do up to 32k worth of damage on grunts without hotblood! 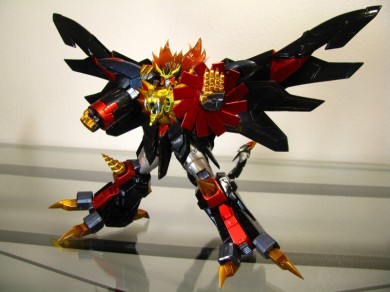 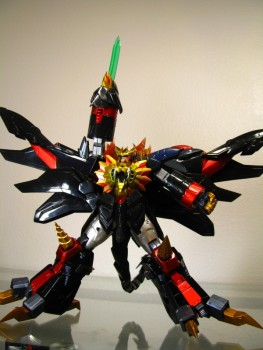 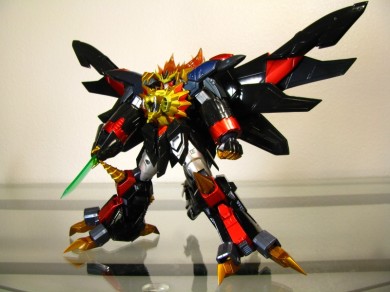 Why a knife and not a sword? 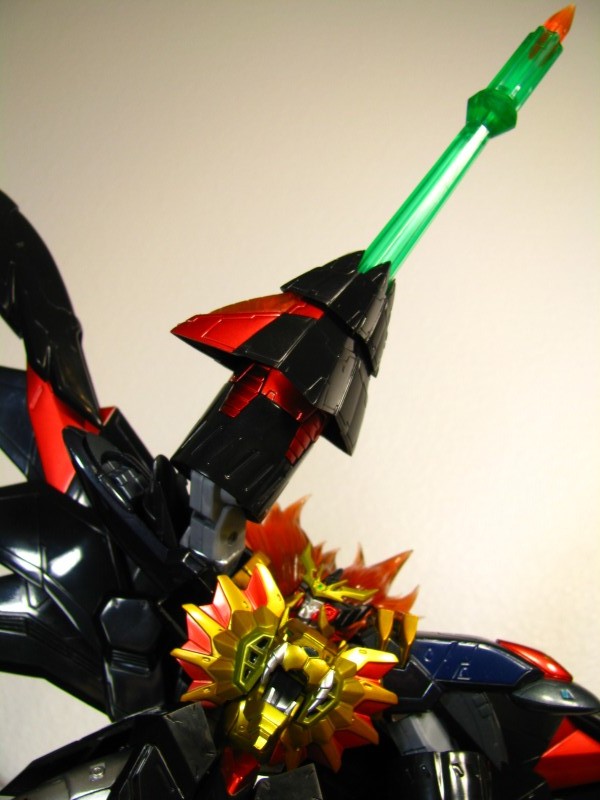 There are two other bits included as well. Forgot their names ^^; and whoops… the Bolting Driver is on the wrong hand xD. 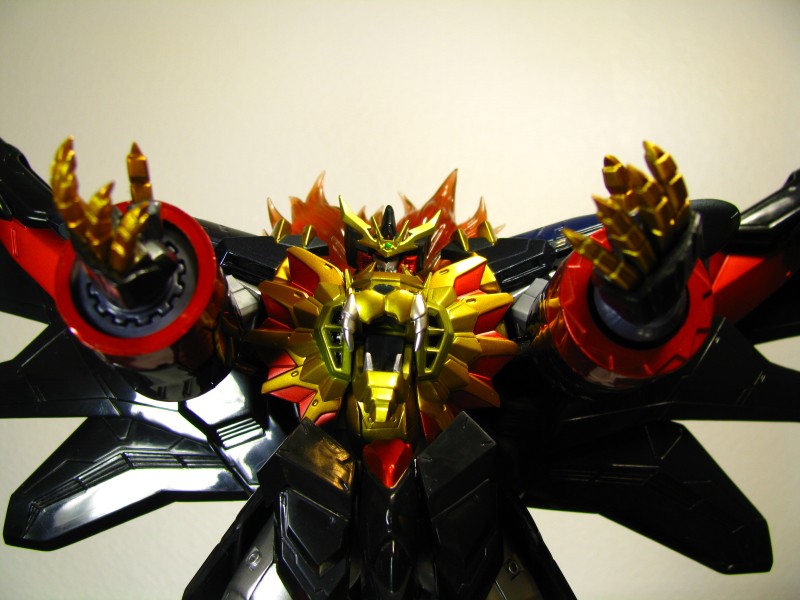 “The right to live…That is something that is earned… BY OVERCOMING LIFE’S HARDSHIPS!” 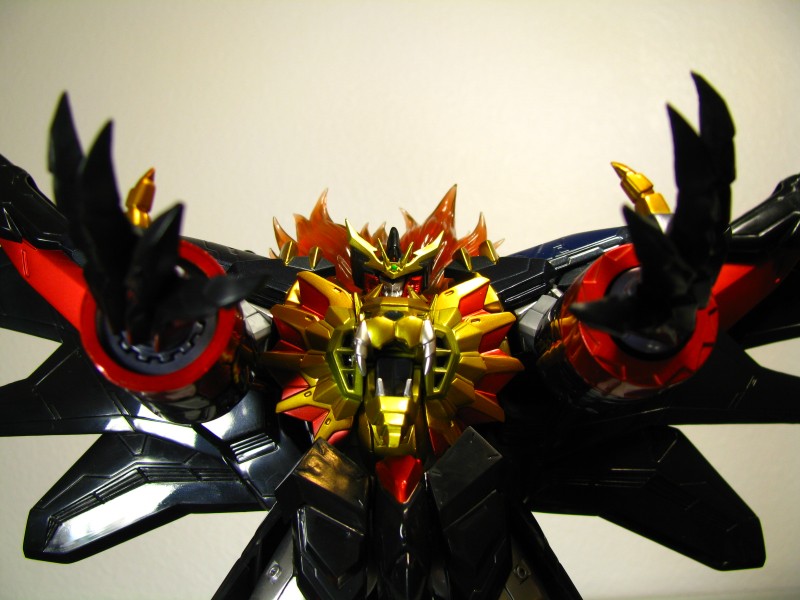 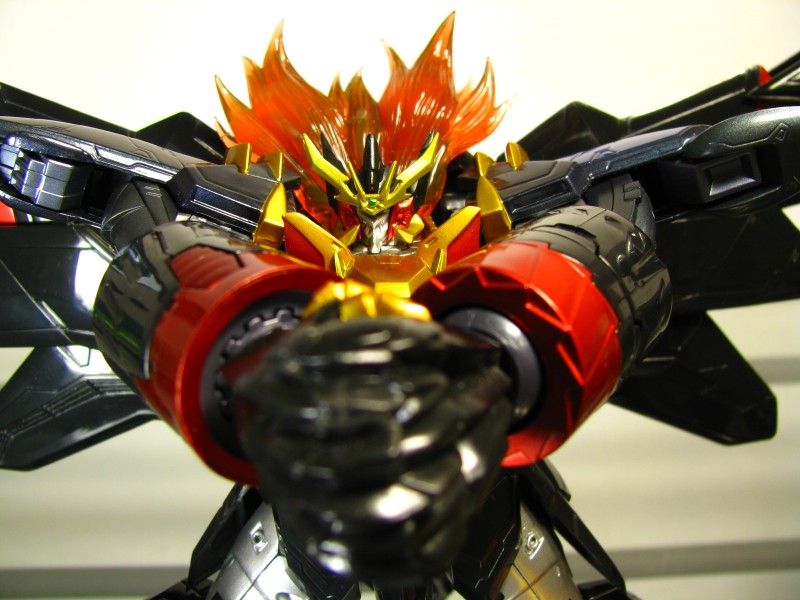 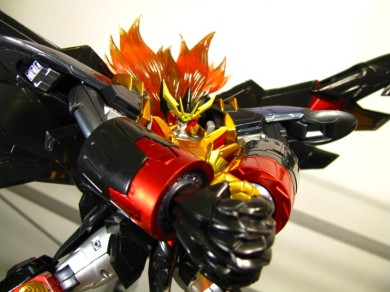 Really appreciate Max Factory for putting in the effort to allow the figure to reenact Hell and Heaven almost faithfully. 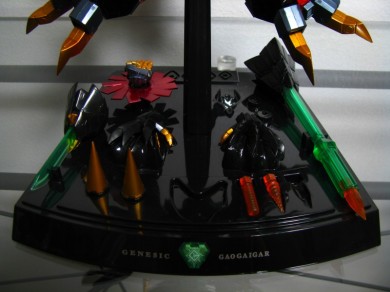 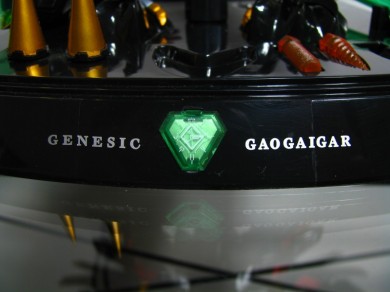 The base that comes with GGGG is solely for display and storage as you can’t really do action poses on it. Nonetheless, it’s a very good looking display base but it collects dust wayyy too easily.

“This is the power that the G-Stone holds when combined with a person’s courage! THE POWER FOR ABSOLUTE VICTORY!”

“LIVE ON WITH THE OATH OF COURAGE”

As you can probably already tell, this figure isn’t exactly articulated (the arms can’t bend even near 45 degrees nor can the legs lift up) but I think it did the most it could given its rather bulky design. I don’t care if I can’t reproduce “FINAL FUSION” because I rather have GGGG with better proportions and articulation than it being bulkier and more restricted than it already is (like some of the other GGG figures out there). The thing I’m most disappointed with is that it doesn’t come with the Goldion Crusher. I’d say this is the best figure of Genesic GGG can get but unfortunately, the price is also a bit high up here as well ^^;.