For our last day in SF, we decided on Chinese food for a change. Starting the day out with dim sum…

END_OF_DOCUMENT_TOKEN_TO_BE_REPLACED 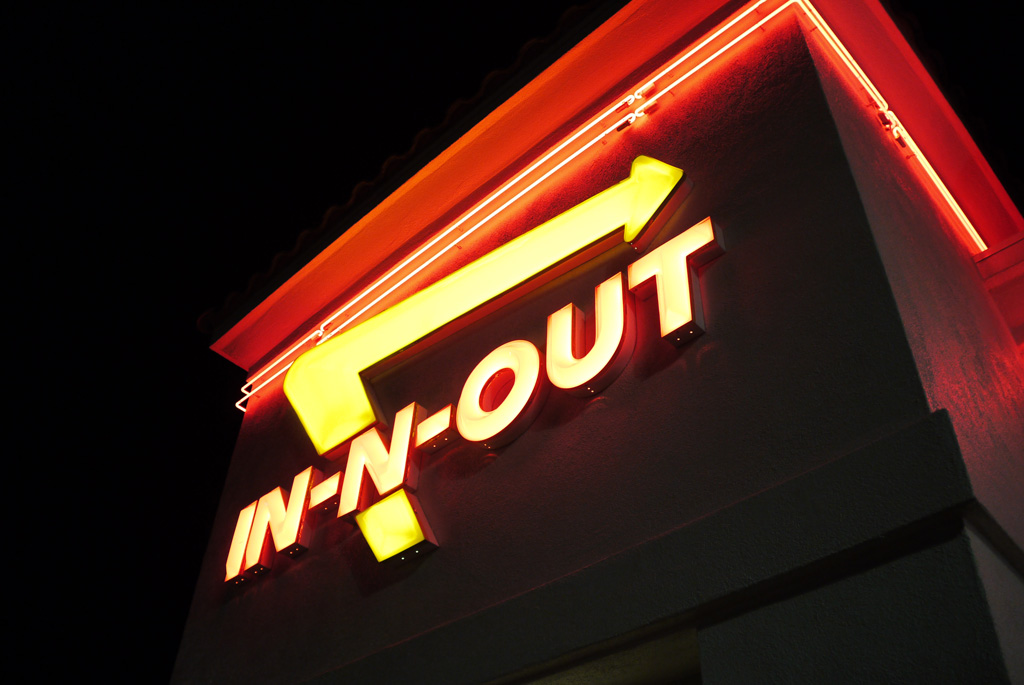 I was thinking of making just one giant epic food post with 100+ photos  but that wouldn’t do some of the food justice and wouldn’t make you as hungry (which is the whole point of this… right?). So here we go…

END_OF_DOCUMENT_TOKEN_TO_BE_REPLACED 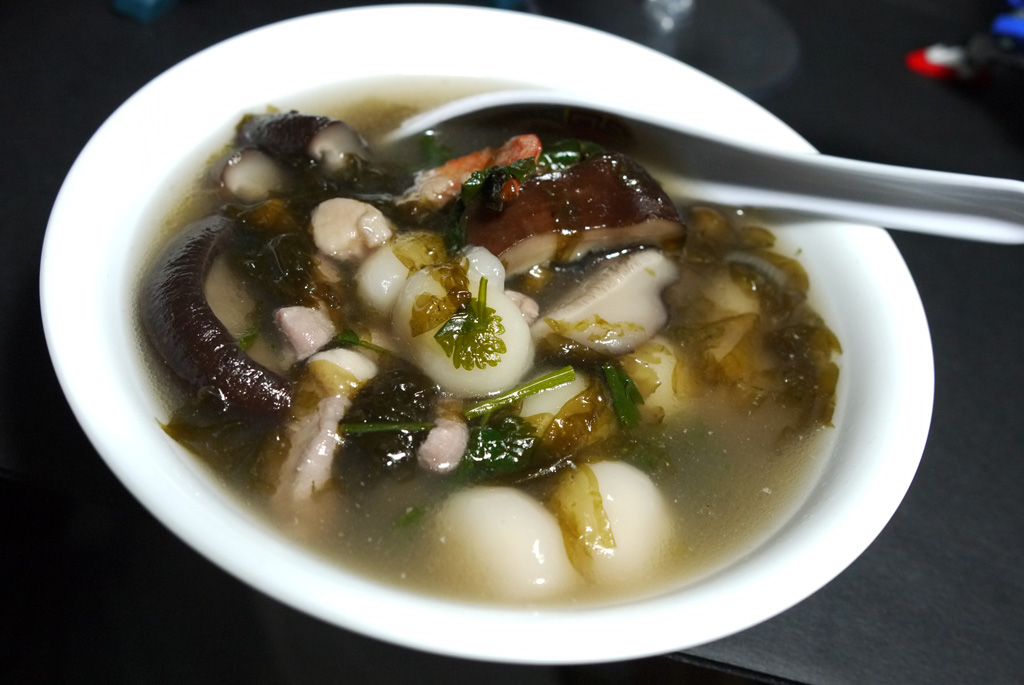 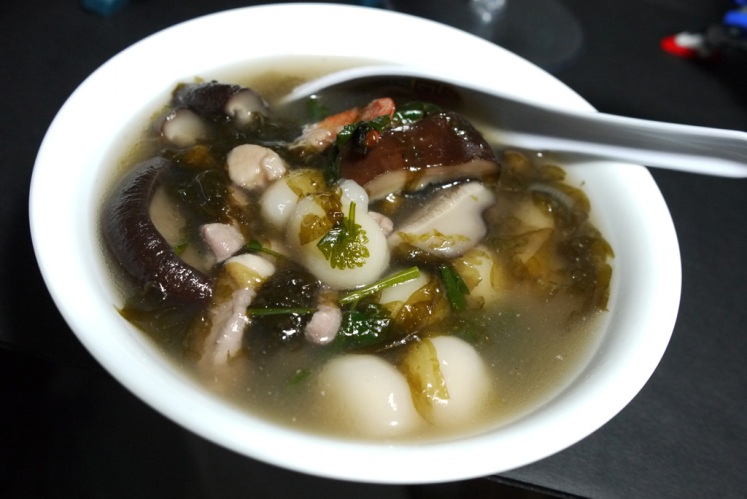 It’s not CNY here yet but the food and festivities should be starting anytime soon ^^. For such occasions, my mom usually cooks tong yuen, which is a soup that loaded with sticky rice ball (mochi), and other various ingredients such as seaweed, lean pork, shrimp, daikon, mushrooms, dried scallops, green onion, and what have you. Pretty hearty. It can also take on dessert form as well. Never liked this stuff but hey, traditions I supposed.

These rice balls are tasteless and a serious choking hazard. I had my fair share of choking on them when I was little ^^;. How are the festivities coming along with you?

Since most of my friends are free, I’ll be going out a lot to eat over winter break @.@! Well, that means more food photo opportunities for me and my GF1 ^^;. Anyway, it’s been awhile since I’ve last visited this place so it was nice to check them out again with my manager (I almost always come here with her) and a few friends…

END_OF_DOCUMENT_TOKEN_TO_BE_REPLACED

Before I start typing up my MG Acguy review, I thought i should grab a quick bite first. Decided to try out another Chinese restaurant with my m0nejer as  I continue my quest on finding a decent Chinese restaurant in Oregon. First up is beef, tofu, and egg soup… which is just a little more than msg water and some starch. I would hate to see them butcher my favorite crabmeat and fish maw soup…

END_OF_DOCUMENT_TOKEN_TO_BE_REPLACED

Went out to dindins at Lucky Strike with the m0nejer after work ^^. It’s been far too long since I last had any good (or real) Chinese food at a restaurant. Never thought I could actually find even a remotely decent Chinese restaurant in Oregon until now… but I’m from New York so my opinion here is a bit very biased.

This was the most anticipated dish on the menu. It is called “Hot Pepper Chicken Bath” or something like that. I think the name and photo speaks for itself and its taste :D. By volume, I think there were a lot more chili peppers than chicken bits XD.

Pineapple fried rice was full of yum. Big chunks of pineapple and… spam. 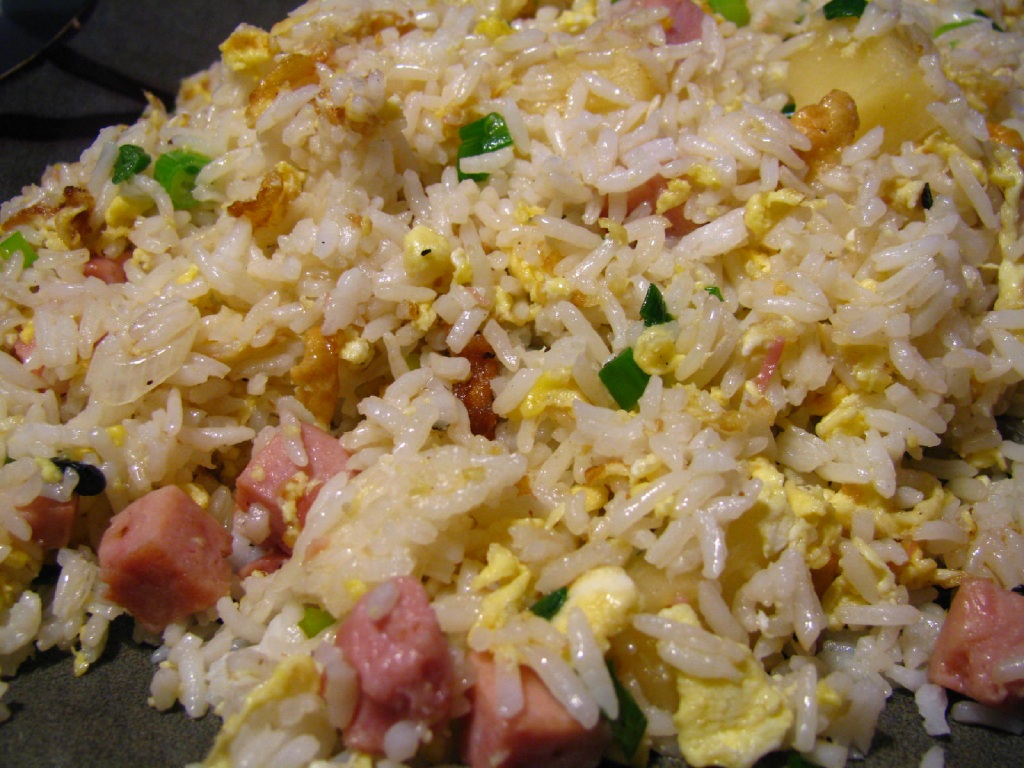 The place claims to be a Chinese restaurant but it serves this Thai dish, Korean pancakes, and kimchi fried rice… on a sushi platter no less xD. I’m not complaining though since the food was delicious and the environment was very contemporary (apparently all the furniture and decors were from IKEA ^^;).

I noticed its Chinese entrees were mainly of Szechuan (四川) origin so I just had to try their Mapo Tofu. Oh my was it awesome. I can pretty much call this “Hot Tofu Pepper Bath” :D. Oh yea, don’t I need like some sort of figure to be in the photo too? Maybe I’ll use a Gundam next time…

Chili peppers, ginger, garlic… and last but not least (and most importantly), sichuan peppercorn (this stuff gives your tongue an awesome numb feeling). They’re all here… in that pool of la yu ahaha. Had to eat most of the spicy dishes by myself as the monejer couldn’t handle anything more than ground black pepper… Hope I don’t get any stomach attacks later tonight xD.

Do you get to enjoy Chinese food in your neck of the woods?